Coffee milk, also known as evaporated milk or coffee creamer, is a thickened, often sweetened, homogenised and sterilised milk, that is intended for use in coffee. Traditionally, hot boiled milk was added to the coffee to soften its flavour. Using cold milk would cause the coffee to lose too much of its heat. This is where the idea of thickening the milk has sprung from, making it possible to directly add the milk to the coffee. Coffee milk has a thicker texture compared to regular milk, and a higher fat-percentage. Besides whole milk coffee creamer, there is also a semi-skimmed and skimmed coffee milk with a lower fat and sugar content.

In the past, there were legal requirements in the Netherlands, about the the fat and (non-fat) solid content of coffee milk:

For this reason, before further processing is carried out, the milk is standardised. Since only water is removed during the evaporation process, the concentrated milk should already have the desired fat to non-fat solid content ratio. Standardisation is achieved by adding skimmed milk (milk, of which a part of the cream has been removed); or sweet buttermilk (a by-product of the butter production); or whey (a by-product of cheese-making), to the raw whole milk, until the desired ratio is obtained.

After standardisation, the milk is intensively pre-heated for about 1-3 min at 100 to 135°C, in a plate or tubular heat exchanger, in order to:

The precipitation of the heat-labile protein, from the milk serum onto the casein protein, causes the heat stability of the milk to increase. This serum protein layer prevents the coagulation of the casein micelles during the sterilisation process. In addition, the pre-heating process decreases the quantity of dissolved calcium and phosphate, which has a favourable effect on the heat stability of the product.

After pre-heating the milk is whiter in color, this is due to the fact that the pre-heating causes the serum proteins to denature, and thereby enabling the light to scatter more.

After pre-heating, the milk is cooled to about 70°C.

Using a rotary vacuum evaporator or falling film evaporator, the milk is concentrated down to a solid content of about 31%. Over-concentrating lowers the yield and heat stability of the thickened milk.

By creating a vacuum, the boiling temperature of the milk is lowered to 65 to 70°C, while ensuring that the milk will not get a cooked flavour, and scorching is prevented. A lower temperature results in a risk of thermophilic microorganisms to grow.

After Homogenisation, the milk is cooled to a temperature of 8°C using a heat exchanger. Next, the non-fat solid content of the milk is checked, and if necessary, standardised with water. It is important to note that adding the stabilising salt solution of 10%, causes the milk to dilute again. The milk is then temporarily stored in insulated tanks until the desired amount of stabilising salt is determined.

In order to ensure that the thickened, homogenised coffee milk does not coagulate during sterilisation, a stabilising salt (usually Na2HPO4) is added. Because the stabilising salt is basic, it increases the pH of the coffee milk. In addition, the salt binds a part of the present Ca2+, causing the casein protein to carry a larger negative, repelling charge. Both changes provide an increased heat stability. Since there is a difference between batches of milk, a trial sterilisation is usually performed on small batches to determine the right amount of stabilising salt. After this step, there is the possibility to add additional vitamins to the coffee milk.

After the addition of the stabilising salt, the coffee milk is filled in glass bottles or tin-plated cans. These cans are provided with an internal lacquer layer in order to prevent the iron or tin from ending up in the product. Before the cans are closed off, steam is blown into the upper part of the can (headspace) to limit the over-pressure during the sterilisation process.

The cans and bottles are then sterilised in a rotary autoclave or continuous sterilisation system for 15 to 20 minutes at a temperature of 110 to 120°C. When the desired Sterilising effect has been achieved, the products are cooled down to storage temperature. Through Maillard reactions (caramelising), the coffee milk becomes browner in color. The color can be changed, by applying a different temperature and time combinations. Moreover, sterilisation increases the viscosity of the coffee milk.

The packages are labeled and packed into shipping units. When the coffee milk is stored at a temperature of between 0 and 15°C, it will have a longer shelf life.

The coffee milk is sterilised at a temperature of 122 to 140°C UHT for 4 seconds to 8 minutes with the aid of a tubular heat exchanger. Generally, it is not necessary to add salt to stabilise the coffee milk.

After sterilisation, the coffee milk is aseptically homogenised to reduce any protein aggregates that may have been formed. After the product has been cooled, it can be aseptically filled into various containers. After which, the coffee milk can be stored for 6 to 9 months at room temperature.

The preparation area must at least comply with GMP: being visibly clean before use, and no long-term presence of water remaining after cleaning.

Pre-heating is one of two critical steps in the production process to kill off any microorganisms. It is important that this part of the production process is well designed - according to EHEDG-directive no.1. During pre-heating, a plate heat exchanger is often used. It is known that these plates even when new, but even more likely after some time, will start to leak. Regular inspection is key in order to make sure highly deformed thin plates of the plate heat exchanger do not suffer from stress and corrosion in along the splits and cracks.

After pre-heating, the whole line, including filling machine, must be hygienically designed: meaning cleanable to microbial level. Unless the product is pasteurised after filling, GMP is sufficient. The evaporator has to be hygienically designed, because the product is circulated above the evaporator for a longer period of time, and there is a risk of the formation of heat-stable thermophilic microorganisms, which are, at a higher storage temperature (tropical), also able to grow after sterilisation.

However, at GMP, the sterilisation of the packaging is still not a license to be less careful during the pre-processing phase or cleaning the processing equipment less frequently or not fully, or extending the production run. Large amounts of heat-stable toxins, coming from microorganisms, may still be toxic after sterilisation. In particular, toxins of S.aereus can remain, and will pose a threat to consumer health

Hygienic cabling at a Unilever factory 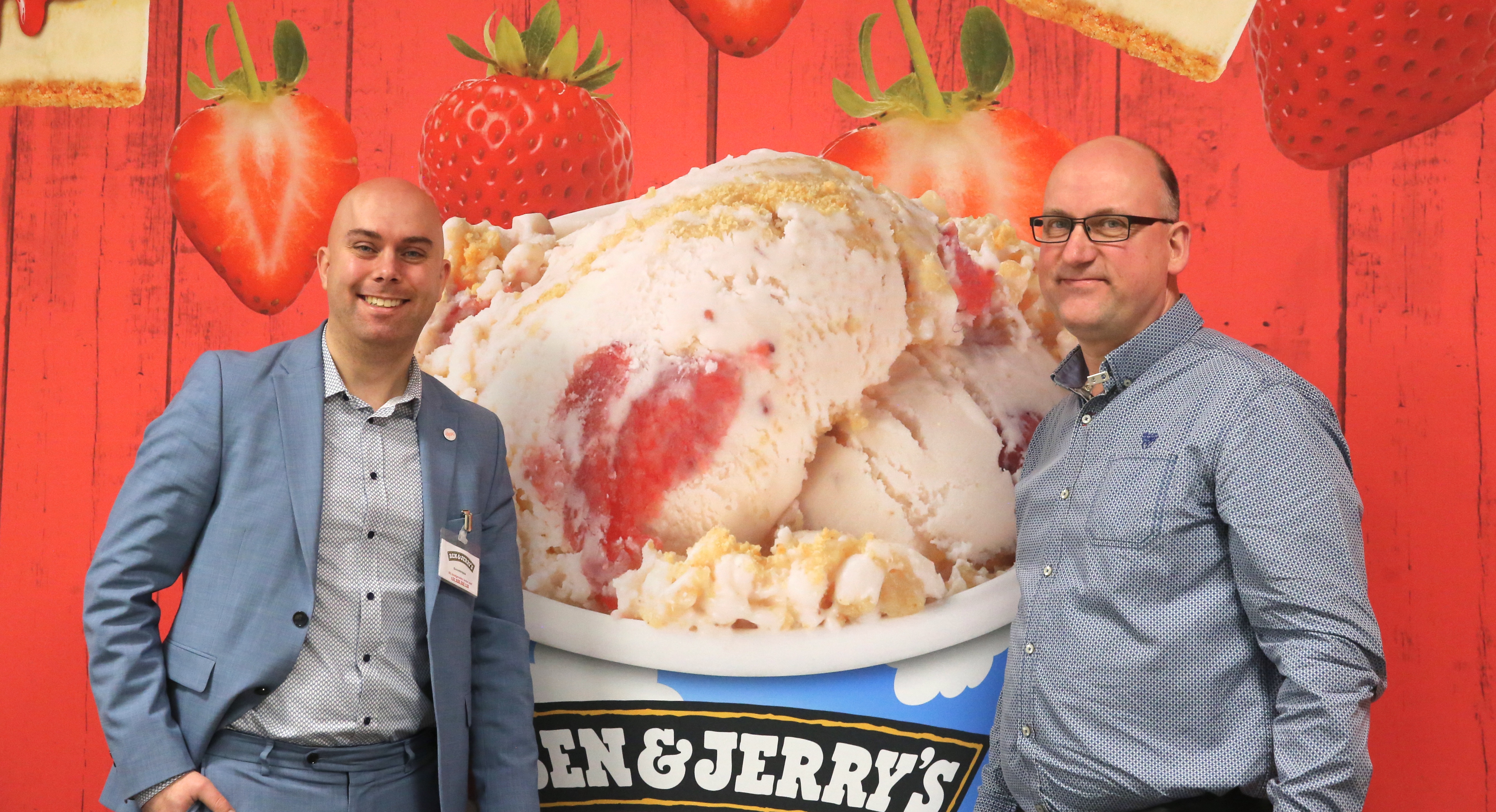 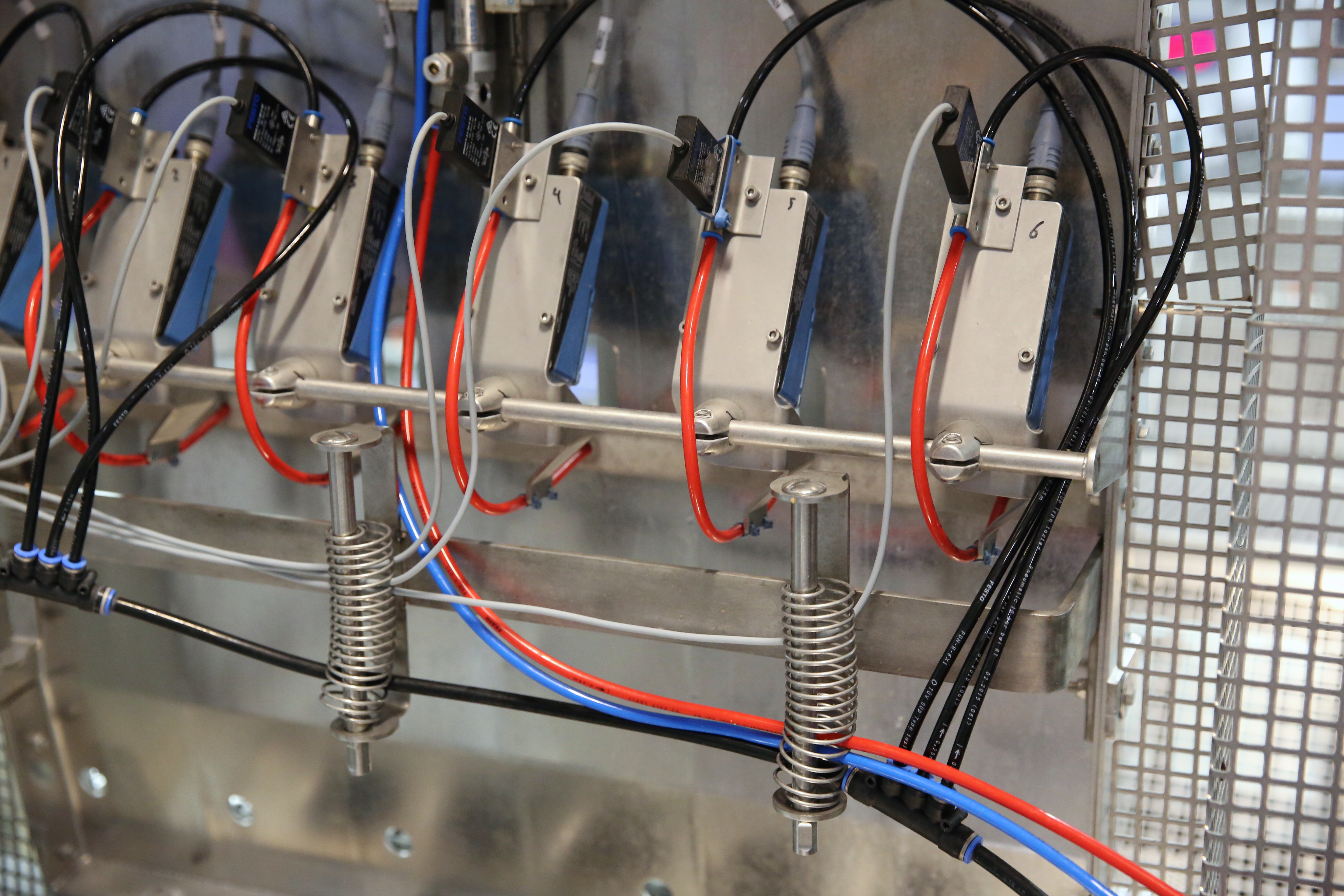 Tomato ketchup is a spicy sauce with tomato pulp as its main ingredient. In …

Soy milk is an alternative for cow’s milk, made of ground soybeans mixed with …

Cream cheese is a creamy, spreadable and fresh cheese with a mild, slightly acidic …