The purpose of baking is to improve the eating quality (flavor and structure) of food by heating it with hot air. A secondary purpose of baking is to preserve food, by the destruction of micro-organisms and the reduction in water activity on the surface of the food. Nevertheless, the shelf life of most baked foods is limited, unless products are cooled or packed.

Baking can be applied to fruit and vegetables. Baked vegetables can be used as a filling or garnish in many food products such as cakes, pizzas and snacks. A common problem with stuffed food products is that the moisture content of the filling (usually fresh vegetables) adversely affects the casing or the base component of the food product during storage by the moisture transport to the casing or the base. The alternative of conventionally hydrated vegetables is not suitable because they have undesirable taste and texture properties and need to be re-hydrated before they are used. Baked vegetables do not have these disadvantages. According to this process, among others, the following vegetables are suitable: zucchini, peppers, mushrooms, potatoes, cauliflower, onions, artichokes and eggplants.

Description of techniques, methods and installation

In a baking oven the food is exposed to hot air (110-240 ° C) or infrared radiation. The moisture on the surface is evaporated and removed by circulating air. When the moisture loss on the surface is greater than the moisture transport from the interior of the product to the surface, the surface dries out, creating a crust. Furnaces using hot air as heat transport are classified as direct or indirect heating types. Infrared ovens are used for baking fruit and vegetables. All oven types can work both batch and continuously.

a) Oven with direct heating

In this type of furnace air and combustion gases are recirculated (by natural convection or by fans) around the product being baked. The temperature in the furnace is controlled by controlling flow rates of air and fuel to the combustor. The fuels that are normally used are natural gas, propane and butane. The gas is burned in ribbon burners above, and sometimes below, the conveyor belt and the product. The advantages of direct heating ovens are: short baking times, high thermal efficiency, fast start-up and good temperature control. Good management and care is necessary to prevent contamination of the food by unwanted products or incineration.

b) Oven with indirect heating

In this type of oven the air in the baking chambers is heated via a heat exchanger, by steam or by burning a fuel. The air in the baking chambers is usually recirculated through the baking chamber and the heat exchanger. Other methods include: combustion gases by passing radiator tubes in the baking chamber or combustion of a fuel between a double wall while the combustion gases are exhausted from the top of the furnace. Electric ovens are heated by induction, radiator heating plates or intermediate bulkheads. The walls and the bottom are heated in batch ovens. In continuous ovens, radiators are placed at the top, side and bottom of the conveyor belt. Batch ovens have higher labor costs than continuous ovens. Another disadvantage may be the non-uniform baking times caused by the loading and unloading of the oven.

For the baking of vegetables the following steps can be carried out:

The raw material is washed and cut. The vegetable pieces are then quickly blanched in 60-80 seconds in 100% saturated steam in a jetstream oven at 200-300 ° C. The steam is delivered to the oven at a rate of about 500-540 kg / h. The air speed in the oven is 17-25 m / s. After this, the product is moved into a second jet stream where it is steamed for 65-85 seconds at 270-300 ° C in 50% saturated steam (same conditions as in the previous steam and air speed stamp). The product is then brought to an oven for an infrared baking process of 3.5-5 minutes. The air temperature in the oven increases from 240 ° C to 350 ° C when the product passes through the oven on a conveyor belt. In this process the vegetables lose about 30-60% of their water content depending on the vegetables. 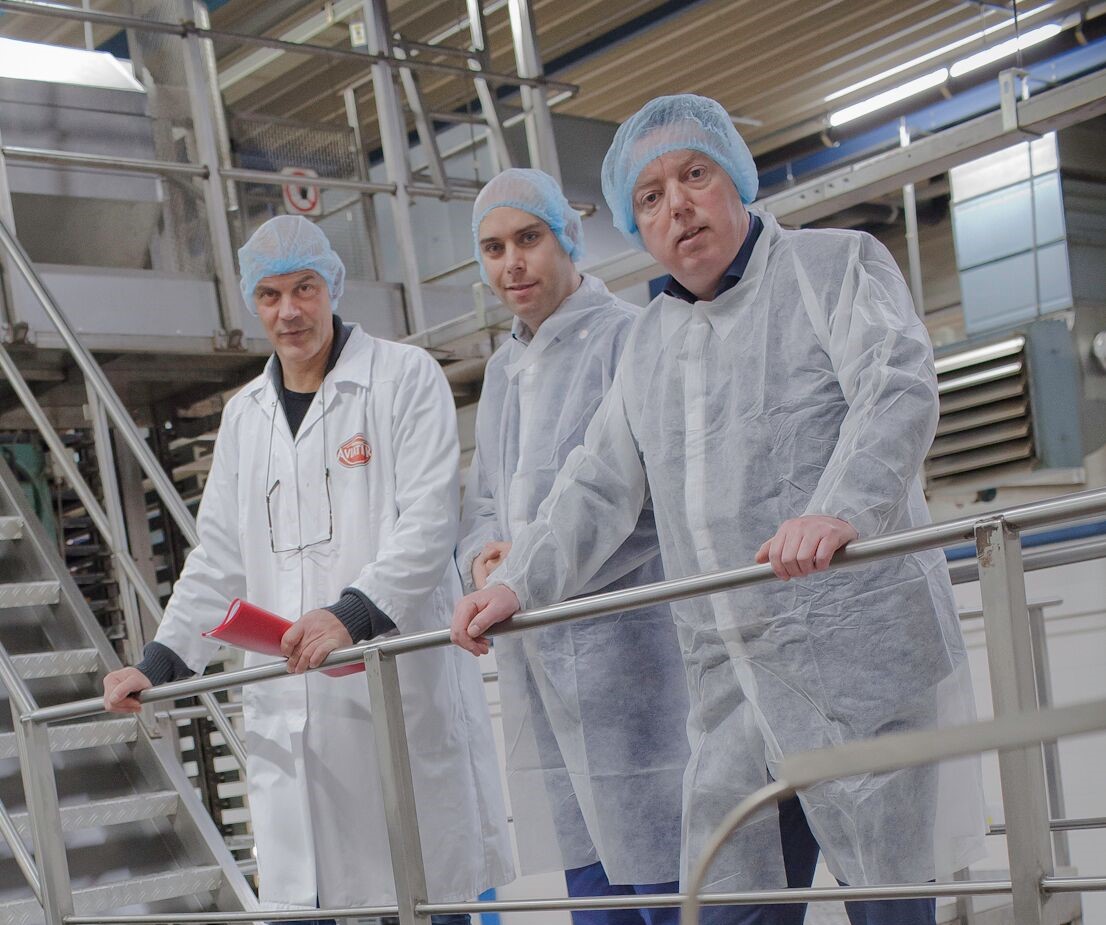 Dehydration is defined as the application of heat under controlled conditions to remove, by …